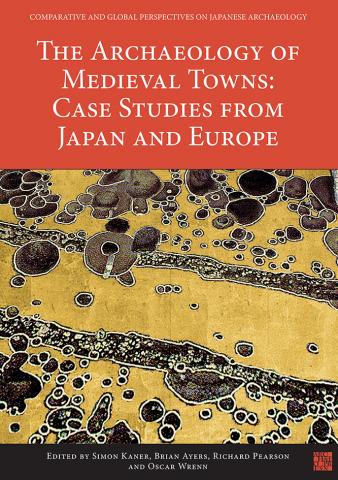 In recent years, major new archaeological discoveries have redefined the development of towns and cities in the Japanese archipelago. The uncovering of the plans of major port towns such as Sakai, Kusado Sengen and Ichijōdani, and the revealing of early phases in the development of cities such as Kamakura and Hakata provide an important new resource in understanding the cultural and economic processes which shaped medieval Japan.

This fully illustrated book provides a sampler of these findings for a western audience. The new discoveries from Japan are set in context of medieval archaeology beyond Japan by accompanying essays from leading European specialists.

The global significance of Japanese medieval archaeology is assessed through comparing the development of towns in Japan and northern Europe. The medieval period in Japan and northwest Europe saw urban growth with towns not only providing centres of administration but also fostering economic development. The pressures which led to such growth, however, be they political or social, were universal in character. following basic requirements of food, shelter, security and spiritual nourishment, towns provided commercial infrastructures, transport and storage facilities, and the setting for trade, craft specialists and art.

Chapters include ‘The archaeology of medieval towns in Japan and europe: an introduction’ (Brian Ayers and Simon Kaner); ‘Permanent urban frameworks (‘armature’) and economic networks in northern France c.700 – c.1000’ (Henri Galinié); ‘Medieval urbanism and culture in the cities of the Baltic: with a comparison between Lübeck, Germany, and Sakai, Japan’ (Manfred Gläser); ‘The development of Hakata as a medieval port town’ (Ōba Kōji); ‘The establishment and transformation of Japan’s medieval capital, Kamakura’ (Oka Yōichirō); ‘Ichijōdani: the archaeology of a Japanese medieval castle town’ (Ono Masatoshi); ‘Japanese medieval trading towns: Sakai and Tosaminato’ (Richard Pearson); and ‘Medieval ceramic production in the aegean, 1100 – 1600 AD: some considerations in an east-west perspective’ (Joanita Vroom).

About the Editors
Simon Kaner is Executive Director of the Sainsbury Institute for the Study of Japanese Arts and Cultures where he is also Head of the Centre for Archaeology and Heritage, and Director of the Centre for Japanese Studies at the University of East Anglia. His publications include The Power of Dogu: Ceramic Figures from Ancient Japan and An Illustrated Companion to Japanese Archaeology.

Brian Ayers served as Honorary Secretary of the Society of Antiquaries of London, and Chief Executive of the Butrint Foundation and County Archaeologist for Norfolk. A specialist in medieval urban archaeology, his publications include Norwich: A Fine City and The German Ocean: Medieval Europe around the North Sea.

Richard Pearson is Emeritus Professor of Anthropology at the University of British Columbia and Senior Research Adviser to the Sainsbury Institute for the Study of Japanese Arts and Cultures. His publications include Ancient Ryukyu: An Archaeological Study of Island Communities and Ōsaka Archaeology.

Oscar Wrenn is Academic Associate at the Sainsbury Institute for the Study of Japanese Arts and Cultures.