NEW ARTICLE: Earliest arrival of millet in the South China coast dating back to 5,500 years ago 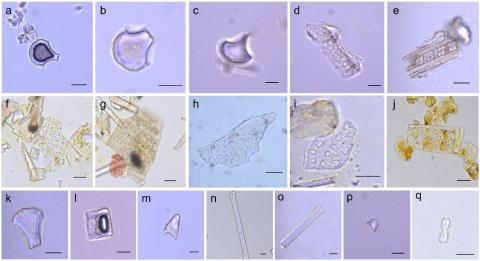 Earliest arrival of millet in the South China coast dating back to 5,500 years ago

Abstract: Crop dispersal has long been recognised as an important topic in agricultural archaeology and food globalisation. The southern coastal region of China, including Fujian Province, is of particular interest as a key junction for crop dispersal into Taiwan and the Pacific islands from mainland China. However, due to poor preservation of macro-plant fossils caused by the acidic soil condition, questions about when and where millet first arrived in this region remain a topic of debate. Our study focused on the millet phytoliths remains from three Neolithic sites in southeast coastal Fujian. Multiple dating methods, including charred carbon dating, phytolith carbon dating, and optically stimulated luminescence were used to construct the chronologies of the sites. The results reveal that the earliest millet phytoliths emerged in the Lower Tanshishan cultural layer of the Baitoushan site, which was initially occupied at 5.5 ka BP. After ca. 5.0 ka BP, common millet phytoliths were found in the Tanshishan cultural layers of all three sites. The microfossil of millet examined in this study was likely the earliest millet remains found in Fujian, indicating that millet may have arrived in the southern coast of China at least 5,500 years ago. These findings not only provide new insights to millet dispersal routes in China, but also have significant implications for crop communications between Taiwan and mainland China during the Neolithic age.